Updates to Lionel's profile since your last visit are highlighted in yellow. 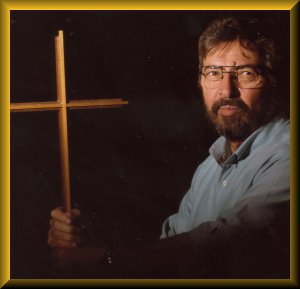 Hi,
God bless you. When I graduated from high school, knowing that my study habits were terrible (we all knew that), and that I would therefore most certainly flunk out of any college that I attended, I had a close call with the Marine Corps recruiter and thereafter enlisted in the U.S. Air Force. The Air Force trained me (world’s best double-deck pinochle player) to be a meteorologist - weather observer, and sent me to Reno, Nevada (very good duty). About a year later, I dressed out my commanding officer and he found it quite appropriate that he adequately reward me by sending me to Saudi Arabia (still got my safari hat) for a year (very bad duty). Spent time in North Africa and Jerusalem, and was thereafter assigned to Frankfort, Germany from where I toured portions of Europe.

Took a few college courses while in the Air Force from the University of Nevada, and the University of Maryland, grew up a bunch, and honorably discharged. Enrolled in SUNY at Fredonia. Received BA degree in psychology in 1969, published my poetry, attended graduate school for an MA in English Literature, and became the editor of an international literary magazine.

Married beautiful Barbara McIntyre. Became an English teacher at Fredonia High School for a short time, and thereafter an investment counselor (broker) for diversified financial investments. Then initiated and owned a conglomerate of business enterprises for several years in and around the Dunkirk-Fredonia NY area, the most interesting and enjoyable businesses being a motorcycle dealership (still got my motorcycle helmet) and a night-club (ahh – the ways of the world), became moderately wealthy, and bored (Is this all there is to life?).

Lovely daughter Nicole was born. Dispersed the string of businesses over a period of years while I concurrently learned how to play basketball (unfulfilled childhood desire) in my mid thirties by playing every day for three or four years (got pretty good – the key is practice).

Became the national sales manager for a speed-reading company in New Mexico, sold swimming pools (a fun thing) in various states for a while (one-call close), and settled in Knoxville, Tennessee. Established a horse riding stable (great fun – still got my cowboy hat). Moved to Clearwater-St. Petersburg, Florida (heading south – seeking the sun), and started a Florida construction company in 1982. Amicably divorced from Barbara, and have lived in the same beach apartment at Madeira Beach on the Gulf of Mexico for the past twenty years.

Was born-again and received Jesus Christ as my Lord and Savior in 1989 (found the Son). Sold animated video stories from the Bible for children (NEST) for several years. Ordained as an evangelical minister of the Gospel of Jesus Christ in 1992. Established and still pastor the Church Inside The Tabernacle. Authored several expository biblical books and periodicals, all now available free of charge on our teaching website www.tabernacleofmoses.org which has averaged over 1.6 million hits per year for the last six years.

In 1998, became and remain executive director of the Suncoast Haven of Rest Rescue Mission in St. Petersburg, Florida which provides food, clothing, social helps, etc. for many thousands of impoverished families and homeless persons. We provide approximately 1,000 meals and meal equivalencies per day for the desperately needy.

Also maintain a ‘school of evangelism’ comprised of daily guest speakers (pastors, lay-pastors, and evangelists) at the Rescue Mission; we preach and teach the Word of God and provide meals to whomsoever every day of the week.

Preach a Sunday sermon live on the Internet every week at 11:00am which remains available for viewing, but sporadically at this point due to computer interface problems, on a continuous 24 hour loop throughout that week. Thereafter, the audio portion and the notes of the sermon are permanently archived under the appropriate link. Am a chaplain at the Pinellas County Jail and preach there weekly as well as at various other outreaches. Preached on local television for seven or eight years through an expository Bible program entitled “Manna;” and also preach a daily radio program as funds permit – the message??: Get saved, get born-again! “and with all thy getting get understanding.” (Prov 4:7).

Summation: Good friend Barbara is retired, a happily married housewife, and lives in Hamburg NY. Lovely daughter Nicole graduated from Wheaton College in Chicago in 2002 with an MA in clinical psychology, married a godly man named James, lives northwest of Chicago, and has a five year old son named Elijah and a three year old daughter named Charis (derived from chrisma), and a one month old daughter named Shealyn. And I have absolutely the best job in the world (I work directly for God), and am the happiest that I have ever been. Thank you.

Advice: Read the Bible, you may find what you are seeking, I did.

Pastor of Church Inside The Tabernacle, and the Executive Director of the Suncoast Haven of Rest Rescue Mission

A 1951 Ford bought in Reno, Nevada while in the Air Force. Loaned it to my Air Force buddy when I flew home for Christmas leave, and he neglected to put anti-freeze in it (as I had told him to do) and cracked the engine block, junk. Cold in the Sierra-Nevada mountain range. Sold it for $150 off the gambling strip in Reno.

However, I had some months earlier terrified him in my mom's 1955 Ford that almost slid over the edge of a mountain around an icey curve crossing Donner Pass. He was the passenger and was literally hanging over the edge as we slid aound the precipice on three wheels, and wet himself. It was a long long way straight down. (Now that I actually think about it, I guess he got even). We stopped at the very next opportunity and enthusastically bought chains for all the tires.

Or, my mom's old 1955 Ford that I dragged down on the Reservation in High School and beat Dennis Remington's hot (he thought) 1952 Oldsmobile - several times, once while carrying Greg Miller (250 lbs) in my front seat. Hey... this is FUN