Updates to Elliott's profile since your last visit are highlighted in yellow. 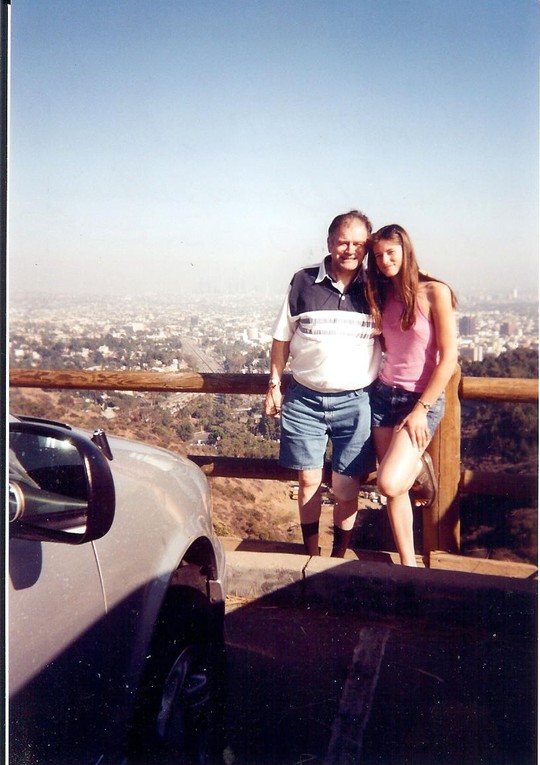 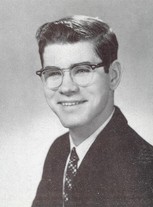 I worked at Wyoming County Dept of Social Services for 36 years, as a caseworker. Married the late Janet Cardot of Forestville, NY in 1967, and we resided in Warsaw, NY for about 35 years. Remarried in 2005, to Carol Smith Yocum, then and still of Clarence, NY. She graduated from H.S. at a suburban Rochester, NY school. I was often on church boards, and occasionally a Little League coach and in church choir.
Hobbies have been, or are: stamp collecting, reading, electric trains, astronomy, and running. The latter hobby probably contributed to my needing 2 hip replacements in the last 6 years. In 1986 I took a 5th grade class, including my daughter, up the highest nearby hill to view Halley's Comet, though viewing conditions were a bit disappointing. Volunteer experience the last 2 years has been as tour guide in downtown Buffalo and Erie County. Specialty is helping preserve l00+-year-old churches, many of which are no longer commissioned as churches, and some of are threatened with demolition. One group I belong to, has just set up a religious arts museum in a vacated church, the former St. Francis Xavier church at corner of East and Amherst Streets in Buffalo.

Nothing special - I ran the 880-yard track event as a sophomore, could not run the following 2 years due to a bone condition in one leg, which cleared up later. I had transfered back to Gowanda, after moving from Gowanda to Cleveland in 3rd grade. I had gone to a junior high school in Cleveland, that incorporated 5 or 6 elementary schools. The more familiar size of Gowanda School was a welcome break.

Above references, Cleveland and Warsaw. I also lived briefly, during college, in Whittier, Calif., at the far eastern end of the L.A. area. I did not like the constant hot weather there, missed the change of seasons.

My mother lived in Gowanda until early in 2000. I got back to Gowanda often until then, have driven through there less often since., and come a few times for funeral calling hours.

What did you do right after high school?

College. I attended 2 years at College of Wooster, Wooster, Ohio, and graduated in 1963 from Whittier College, Calif, with liberal arts major.

The religious arts museum that I volunteer at in Buffalo, has expanded its collection beyond recent items of art, and acquired art from more denominations.I am fairly well acquainteds with church items, due to my father's ministry career. I recently plunged into a different area of preservation, by estimating the cubic feet that would be dumped in a landfill if a large, local building is demolished. Have given up leading walking tours, hip replacements do not hold up on longer walks. Spend time on hobbies, have taken up re-learning German, expands new brain pathways, mother gad dementia last 6 yrs or so of her life.

I saw ads in the newspaper, knew I had a lot of experience being in church buildings, with both father and step-father being ministers.

What did you want to do or think you were going to do when you finished high school?

I thought I would be an astrophysicist, but almost flunked college calculus, which kind of ruled that out.

My 2 marriages, birth of my 5 children, and 12 grand-children. My latest grandchild was born to my 25-year-old daughter, and husband, who live in Perry, NY. Sarah is a guidance counselor at Attica Central School, about 20 miles from where I live. My daughter from Las Vegas, flew back to NY state, to visit and meet the grandchild about 2 weeks ago.

seeabove. Have spent many tens of hours rehabbing replacement shoulder surgery, which was done about Nov. 1 2011. Have almost total range of motion, now.

I have been on 1 Caribbeacruise, to Belize, Cozemel, and Key West. Caroland I also went to what had been "the Hume Castle" in Scotland, until the branch of family owning it, fell on harder times and sold it. It operates as Bed and Breakfast now. I was there during the 2004 reunion.

What is the furthest you have been away from home?

What would we be surprised to know about you?

A 1958 Oldsmobile, 4-door sedan. It rode real nice when it had new shocks, but the engine finally went.